Prime members in the UK will have access to watch 20 live and exclusive matches this December free with their Prime membership; new members can sign up for just £7.99 a month

Amazon today revealed the hosts, pundits and commentators that will deliver the on-screen action to Prime members when Amazon Prime Video streams 20 live and exclusive Premier League football matches for the first time this December.

With over 40 on-screen names set to front the match coverage on Prime Video this Boxing Day alone, the announcement today reveals the names that will take on the roles of main studio hosts, stadium match hosts, commentators, co-commentators and pundits across the two fixture rounds.

Commentary across all 20 live and exclusive matches will be delivered by a team of renowned experts of the game including Clive Tyldesley, Jon Champion, Connor McNamara, Guy Mowbray and Ian Darke alongside Andy Townsend, Ally McCoist, Glenn Hoddle, Sue Smith and Kevin Kilbane.

Prime members will also be able to tune in to an exclusive goals show hosted by Steve Bower alongside Dion Dublin, Robbie Savage, Tim Sherwood, Joe Cole and Dermot Gallagher, that will bring Prime members footage from all of the best Premier League action as it happens across the UK.

In December 2019, Prime Video will offer live and exclusive Premier League matches available on Prime Video in the UK, completely free with a Prime membership. The offering comprises of two full fixture rounds featuring live coverage of every Premier League team – the first December midweek round which includes the first Merseyside Derby of the season as Everton travel to Anfield to take on European Champions Liverpool, as well as UEFA Champions League finalists Spurs visiting Old Trafford to take on Man Utd – and the Boxing Day round, including Premier League Champions Man City travelling to Wolves and Liverpool travelling to Leicester, plus Man Utd hosting Newcastle.

In addition, Prime members can follow a humorous weekly look at highlights of the Premier League with Back of the Net, a weekly studio entertainment show about the most-watched sports league in the world hosted by legendary footballer Peter Crouch, comedian John Bishop and broadcaster Gabby Logan. Episodes of Back of the Net are released on Tuesdays after each Premier League, running through to Prime Video’s exclusive live broadcast of matches in December.  For more information visit www.amazon.co.uk/premierleague.

Live Premier League football will join Prime Video’s exclusive tennis coverage with the US Open, 37 ATP Tour events and from 2020 WTA tournaments, allowing customers to watch the best in women’s and men’s tennis. Plus, thousands of TV shows and movies in the Prime Video catalogue, including UK produced Amazon Original series such as Good Omens and The Grand Tour, sports documentaries including All or Nothing: Manchester City, Six Dreams, Steven Gerrard’s Make Us Dream, Inside Borussia Dortmund and El Corazon de Sergio Ramos, plus award winning and critically acclaimed global Amazon Original series including Tom Clancy’s Jack Ryan, Homecoming and The Marvelous Mrs. Maisel, all on Prime Video, which is available at no extra cost for Prime members. Prime Video Channels also allows Prime members to access sports by subscribing to additional channels, such as Eurosport Player in the UK for the Australian and French Open tennis. 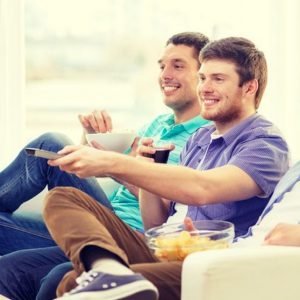