La Manga Club will be the focus of English cricket in March when Warwickshire, Gloucestershire and Glamorgan head to the iconic Spanish sports resort for warm-weather training camps ahead of the start of the 2020 season.

The three counties will swap the British winter for Murcia sunshine as they use the resort’s European Cricket Performance Centre to continue their preparations for the opening round of Specsavers County Championship matches, which begin on Sunday, April 12.

Organised in conjunction with sports travel specialists Sporta Group, the counties will not only have the chance to put their players through their paces at La Manga Club but also gain valuable match practice against first-class opposition at the resort’s two cricket grounds – the Rachael Heyhoe Flint Oval and the Gregory Peters Oval.

Warwickshire will be the first side to visit in March, holding a four-day bowling camp before the rest of the first-team squad arrive at La Manga Club for 11 days’ warm-weather training on March 10.

Gloucestershire, who held a pre-season camp at the sports complex last spring, will head back to the resort on March 18 with Glamorgan, who also visited in 2019, returning to La Manga Club for more warm-weather training a day later.

La Manga Club’s European Cricket Performance Centre is the only one of its kind and has been designed to help international teams, counties, clubs, schools, colleges and academies, as well as assisting with the development of players and coaches.

Matthew Jackson, Sporta Group’s managing director, said: “The spring weather in southern Spain, coupled with the close proximity to the UK, makes La Manga Club a very popular destination for professional and club teams for pre-season preparation. Having arranged cricket tours and camps around the world we have been very impressed by the professionalism and flexibility offered by our partners at La Manga Club.”

La Manga Club is regarded as ‘the home of cricket’ in Spain and will also have the honour of hosting the second edition of the European Cricket League (ECL20) this spring when the T10 event returns to the resort from May 31 to June 7.

Also the official overseas training base of the Lawn Tennis Association, the resort’s unrivalled other facilities include three 18-hole golf courses, a 28-court tennis centre and a 2,000sqm Wellness Centre. It also offers the choice of a five-star hotel, four-star serviced apartments and more than 15 bars and restaurants.

The Cheltenham Festival – an inside look

The faces of the Cheltenham Festival 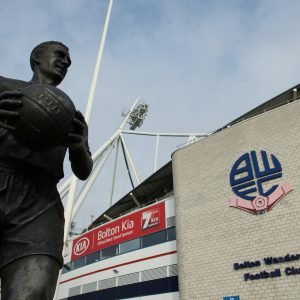