With the football season on hold all over the world due to COVID-19, fans are clamouring for anything football-related to get their fix of the beautiful game.

Whether that’s playing in Sunday leagues or following their beloved team around the country for away games, there’s a football-shaped hole in many of our lives.

Marketing communications agency, Jam_, are unashamed nerds when it comes to football kit design. So, to fill the gap while we wait for the footie to return, Dan Muir, Senior Creative at Jam_, takes a look at some of the agency’s favourite football kits from all over the world.

It goes without saying that fans of stripe-wearing teams should never anticipate massive changes when new kits are released. But this year, Inter Milan’s iconic blue and black striping is given an edgy diagonal twist behind the long-standing Pirelli Tyres sponsor banner. With a white trim along the sleeves and collar, this kit is an instant classic. 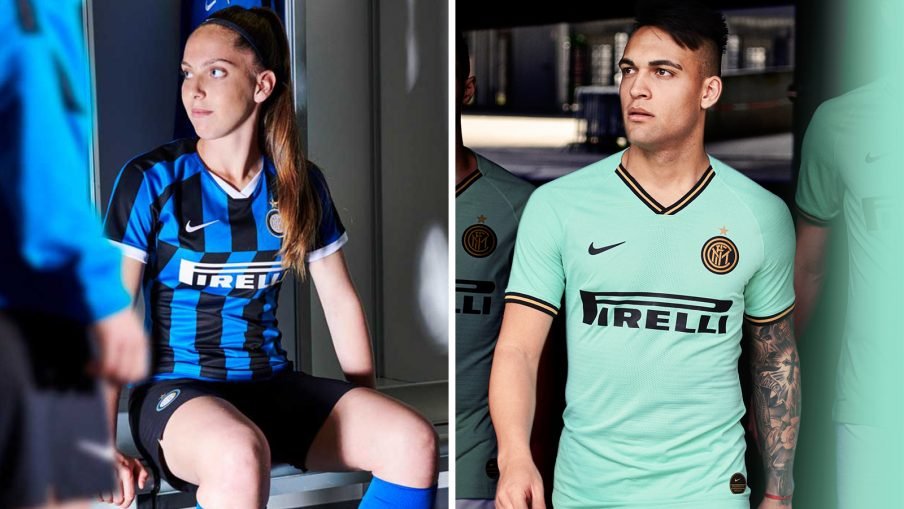 The away shirt is another beautifully simple affair. Bright teal, with black and gold collar and sleeves, complemented with a black and gold monotone badge. You’ll certainly stand out on the 5-a-side pitch in this kit when we’re allowed outside again. 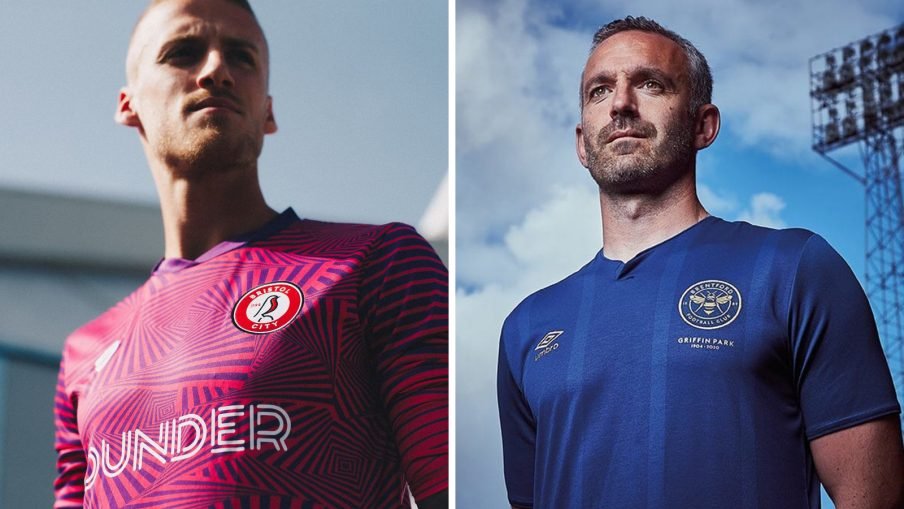 But the one that stands out is Derby’s home shirt. With a white body and black sleeves accompanied by a gradient striped pattern, it’s simple and bold. Unfortunately, they’ve not been able to match the same quality on the pitch this season! 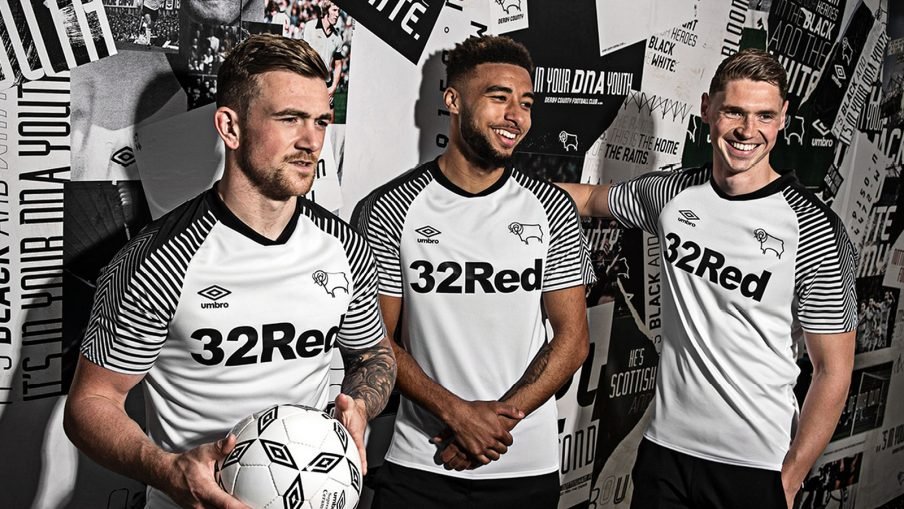 Staying in the lower leagues, an interesting collaboration between sportswear brand, Hummel, and Coventry City, whose fans haven’t had the best of times in recent seasons. Hopefully, a reimagining of the famous Denmark ’86 shirt brought a little comfort. The design brings the pinstripe quartered shirt right up to date with gradients and two different widths in the stripes, completing the design with the traditional Hummel chevrons down the sleeves. It’s a classic design that we were happy to see brought back around. 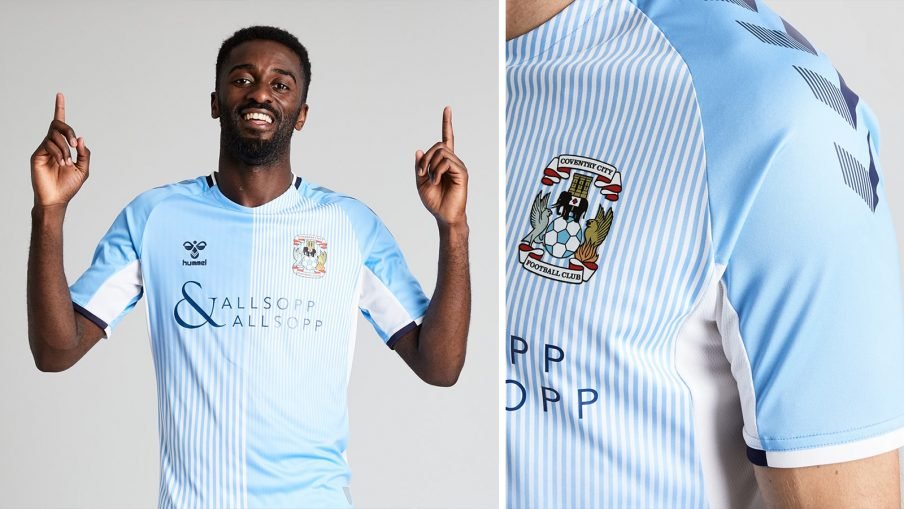 We’ll start this by saying no football club on the planet needs four changes of shirt for one season. But this kit follows a growing trend of stunning collaborations between football and streetwear/fashion brands. Last season, for example, PSG had special Nike Air Jordan Champions League shirts.

Palace, one of the world’s biggest skateboarding brands, partnering with one of the biggest clubs in Europe for a football shirt is pretty big news and something we should expect (and hope) to see more of in the near future. Retailing at nearly £160, this Juventus shirt sold out in minutes, but you can now fetch one from resellers for just over £300. Bargain. 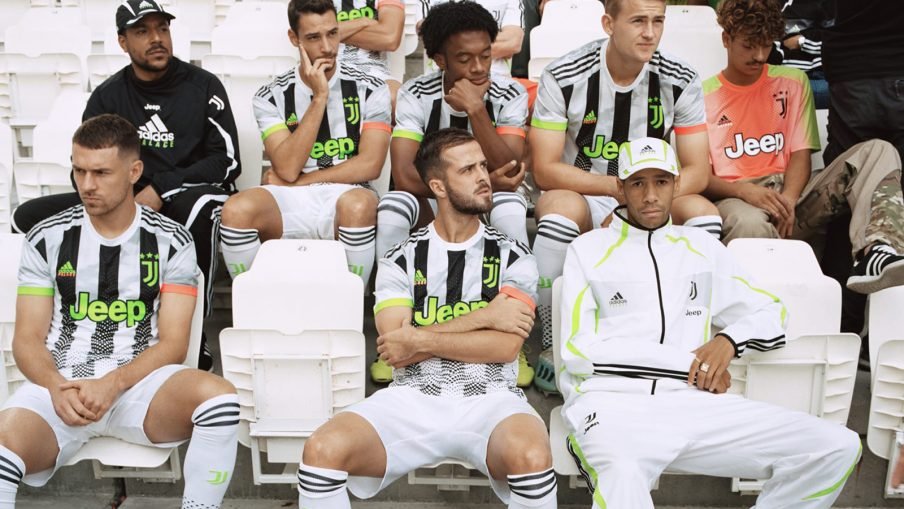 This one is not specifically a kit but a series of kits released by Nike – definitely deserving of a mention. Using the old Futura logo, Nike produced 90’s inspired third kits for their top European teams and every kit stands out in its own way. Thick collar trims, bright colours and detailed patterns are the theme here, and for us it’s a toss-up between Spurs, Inter Milan (again!) and Barcelona for the top spot. 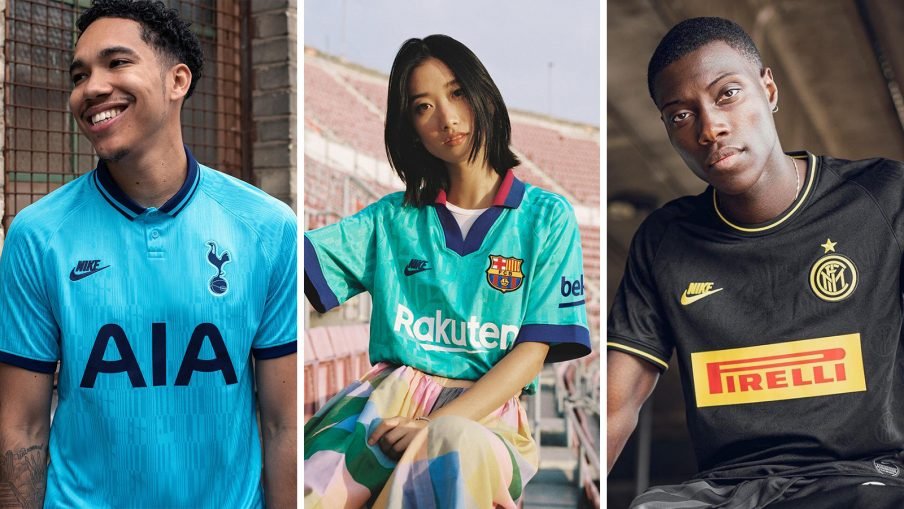 When Jam_ isn’t drooling over football kits, it’s creating standout designs for a variety of brands across leisure, food and drink and personal finance. Check out some of their work here.

Which is your favourite football kit from this season? 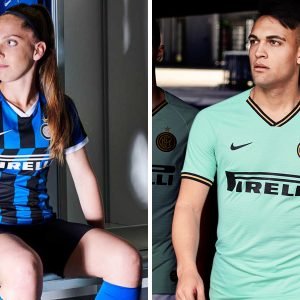 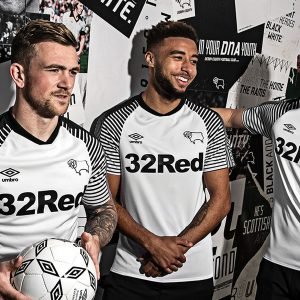 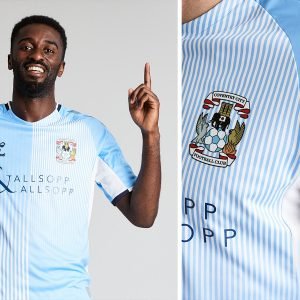 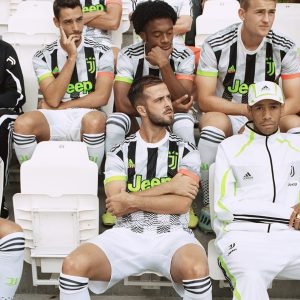 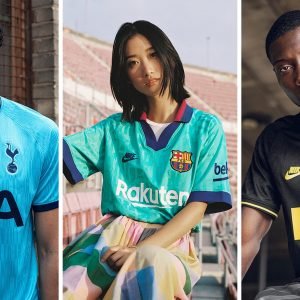