The new Guinness PRO14 season and the finale of the regular Premiership campaign ensured there was wall-to-wall rugby drama for fans to gorge on over the weekend.

Internationals from all four nations were in the thick of the action in both leagues as players looked to take a prime opportunity to make a statement ahead of next year’s Tour to South Africa.

And there was no shortage of British Irish Lions players making the headlines, with three-time tourist Leigh Halfpenny one of those who rose to the occasion in Wales. Here’s a round-up of all the highlights from an absorbing weekend of action.

The end of an era at Allianz Park saw Saracens bow out of the Premiership with a typically resilient performance as they recovered a 14-point deficit to draw with Bath Rugby.

Maro Itoje was awarded for a man of the match display against the top four-chasing visitors, who had surged into a 17-3 lead with tries from England internationals Beno Obano and Ben Spencer.

But a penalty tries and Tim Swinson’s score provided the foundation for Manu Vunipola to clinch a draw for the hosts, giving Richard Wigglesworth and Brad Barritt a fitting send-off.

There was also plenty of drama elsewhere as Bristol Bears booked their play-off place with a bonus-point win over London Irish, with England’s Ben Earl amongst the tries once again.

Meanwhile, there was an emotional farewell for former England captain Chris Robshaw in his 300th and final Harlequins game as his side beat Leicester Tigers 32-36 at Welford Road. 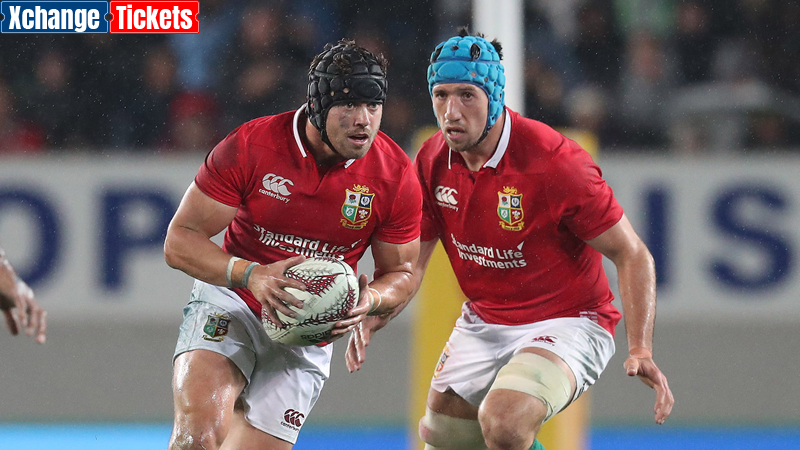 Leigh Halfpenny finished with a record-breaking 27-point haul for Scarlets but his efforts proved in vain as 14-man Munster snatched a dramatic 30-27 victory in Llanelli.

Three-time Lions tourist Halfpenny struck all of his side’s points, with his nine penalties setting a record for Scarlets in one game and equalling the Guinness PRO14’s previous best.

But despite the Irish province having captain, Peter O’Mahony sent off in the 69th minute, a late penalty from replacement Ben Healy completed a stunning triumph for Munster.

Meanwhile, Ospreys also started the new season with an impressive victory over Edinburgh in the Scottish capital as Lions Alun Wyn Jones and Justin Tipuric playing key roles in the 25-10 success.

Edinburgh had taken the lead with a penalty try and three points from Jaco van der Valt but a brace from Mat Protheroe and another score from Nicky Smith secured the win for Ospreys.

Bundee Aki also enjoyed a day to remember as the Ireland international scored twice for Connacht as they got their campaign off to a winning start with a 28-24 victory over Glasgow Warriors. 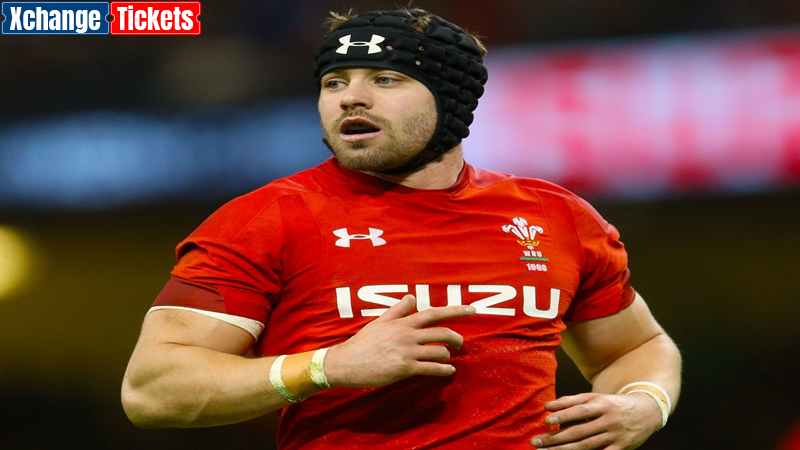 Two-time Lions tourist Jamie Roberts made his return to the Guinness PRO14 on Friday night as he featured in a Dragons side which came up against reigning champions Leinster.

Roberts arrived at the Welsh region in the summer after a spell in South Africa but the ex-Wales international was unable to prevent Leo Cullen’s men from claiming a bonus-point win.

First-half tries from Garry Ringrose, Jordan Larmour, and James Lowe gave the hosts a 21-0 advantage at the break in Dublin despite Johnny Sexton leaving the pitch after 18 minutes.

Cullen subsequently described his early exit as “a precaution” after watching his side add another two tries after the interval through Lowe and Ryan Baird to seal a 35-5 victory at the RDS Arena.

Roberts, who was the 2009 Lions Player of the Series, spent ten minutes in the sin bin in the first half but also showcased his trademark powerful running during an entertaining first bow.

Elsewhere on Friday night, Josh Adams scored the only try as Cardiff Blues defeated Zebre 16-6 while Ulster overcame Benetton 35-24 in an end-to-end thriller at Kingspan Stadium.

British Irish Lions Tour tickets are available on our website at very discounted prices. So fans can book British lions 2021 Tickets on www.xchangetickets.co.za.