Grassroots sport returns to the playing fields of England this week for the first time in 2021 – with Jermaine Jenas convinced it hasn’t come a moment too soon for the nation’s crisis-hit kids.

A poll of under-16s for the BBC’s Newsround show last week found that one in two feels ‘worse than normal’ after so much disruption brought on by the pandemic.

However, ex-England midfielder and broadcast pundit Jermaine insists that those sad feelings will be blown away by a return to organised football, rugby and other sports.

Jermaine – who has partnered with online car marketplace heycar, sponsor of BT Sport’s coverage of the Emirates FA Cup – says: “What has the last year cost us? When I look at my own kids, their education has dipped, it’s not the same as going to school.

“Now think about grassroots football and these kids are a year behind from a development point of view. It has been really tough for them and so to get back out and be able to play again is huge. For every single household and individual.

“It affects confidence in particular. My whole confidence as a kid was from football. I remember starting secondary school and I was really nervous, and on the first day someone came up to me and said ‘you’re Jermaine Jenas the footballer aren’t you?’ That settled me.

“Football gave me that confidence. Playing against different teams and travelling around the Nottingham area with my team gave me growth, confidence and structure in my life. Even down to the importance of punctuality, turning up on time. Sport develops people and people skills.”

The structure that has been missing for millions of young boys and girls without their weekly sports training sessions and games is one of the many hidden effects of Coronavirus, according to Jermaine.

“I was one of those kids. I played for my local team Clifton Allwhites – now Clifton FC – and trained on Tuesdays and Thursdays. I’d train, my mum would take me to training and she’d be socialising with friends and other parents. Afterwards, we’d all go to the pub, the parents would have a drink and all the kids would play in the car park.

“Steve Jepson was my manager at Clifton and I remember what he did for me as a young man. He would sometimes let me off with the monthly subs, he would get me to games and he taught me about being a footballer, not just the skills I needed, but also my appearance, and the importance of all those little details.

“Every Tuesday and Thursday, that was a core part of my life and the structure of my life. I got to play football and be with my friends and my mum got to let off some steam and stress by having time and conversations with other parents. From that element alone, what we have lost over the past year is huge.”

As part of Jermaine’s partnership with heycar, the online car marketplace is supporting Clifton FC for its return to action with hundreds of pounds of new training equipment.

Jermaine made his breakthrough in football as a teenager with Nottingham Forest and can vividly remember just how much his life revolved around football as a youngster. And that’s why he feels so sorry for the kids who have been denied the chance to play due to Covid over the past year.

Jermaine says: “If I’d not been able to play football all this time I’d have been a nightmare.

“Everything revolved around football for me as a kid. If my mum asked me to go to the shop for a pint of milk, I’d spend half an hour deciding which ball to take with me, then I’d dribble all the way there and all the way back again, it would take me an hour to pick up a pint of milk.

“I’d have gone backwards, lost a lot and struggled from a mental standpoint.”

To see more of Jermaine talking football with heycar, go to heycar.co.uk/fa-cup-stories 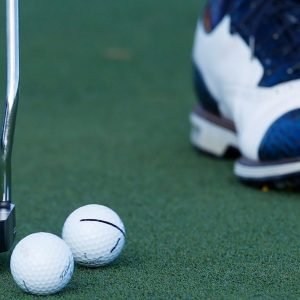