Max McRae will make his Tarmac rally debut when he tackles this week’s Targa West in Perth, Western Australia.

The 17-year-old has converted his Ford Fiesta Rally4 to almost asphalt trim ahead of his first shot at Tarmac competition. Until now, Max has only competed on dirt – with his last outing delivering a class podium and top-10 finish overall at the Karri Rally.

“I’m really looking forward to it,” said the son of former World Rally Championship star Alister McRae. “I know to succeed in rallying, I’ve got to have good experience of all surfaces. There aren’t too many Tarmac events down here, it’s not quite the same as in Europe, but Targa West is a really good one. There are some fantastic roads and it’s a good chance to put a lot of miles down in a couple of days.”

Max and co-driver Murray Hynes will compete on Friday and Saturday, having given the Auto One-backed Fiesta Rally4 a shakedown on Monday.

“We’re pretty much there with the right specification for the Fiesta,” said Max. “We’ve got some Tarmac springs and rims, but we’re still on gravel dampers. The car’s running lower and stiffer, so it’s going to give good feedback and feel for the roads.

“Like I said, the main thing we’re chasing here is competitive experience on asphalt. I’ve done a lot with the Radical race car in the last year or so and that’s been absolutely invaluable in giving me a feel for how to set a car up for Tarmac and how to work with the brakes and the tyres.”

With two rounds remaining, Max sits second in the Arise Racing Radical one-make series, with a clear shot at taking the title.

“It would be great to win the Radical championship,” he said, “but the priority will always be rallying. I’ve been talking to Dad a lot about the first rally on Tarmac and he’s been really helpful giving me some ideas and advice. One of the things we’ve talked a lot about is the need for really precise pacenotes.

“On gravel, you can have a small margin for error because the car’s going to be sliding a little bit more. That’s not the case on Tarmac and the notes have to be absolutely perfect. I’ll be doing a lot of preparation on the onboards through this week!”

The Daily Mile teams up with UK Athletics

Know about 2021 tips and predictions for Esports betting

£500,000 investment puts future of golf in range at Chelsfield Lakes

Know about how professional bettors win in sports betting 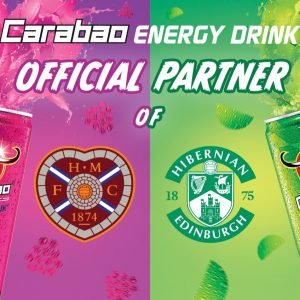