Belfry Hotel & Resort is celebrating a successful year after hosting four major golf tournaments across all three of its world-class golf courses, firmly placing the resort back on the radar for golf tournaments.The tournaments included the British Challenge presented by Modest! Golf Management, founded by Niall Horan, which took place on the PGA National Course, a par 72 course, in September. Ahead of the British Challenge, the Belfry greenkeepers created new swales in the course to ensure a more challenging play. The tournament resulted in a new course record of -10.

The Betfred British Masters 2021 took place on the award-winning Brabazon course in May, where Richard Bland triumphed to claim his maiden European Tour title at the age of 48; and the ISPS HANDA UK Championship 2020 which was held in August 2020, also on the Brabazon course.

The Belfry’s golf courses are known as top class with each course up to tournament standard. The courses also offer an exciting golfing history having previously hosted a number of significant golf events including The Ryder Cup four times – more than any other venue in the world – and 19 European Tour events, producing some of the most dramatic moments in the history of golf. While The Belfry is no stranger to hosting high-profile golfing events, the ISPS HANDA UK Championship 2020 was the first event of this nature held at the resort since the British Masters in 2008, firmly placing The Belfry back on the tour agenda.

Angus Macleod, Director of Golf Courses and Estate commented: “We are very proud to be home to three top golf courses including the iconic Brabazon Course, the PGA National which is recognised by the PGA as a world-class tournament course, and The Derby, which was strategically adapted for the FootGolf UK Open by our award-winning greenkeeping team to provide the perfect course for the FootGolf players”

Chris Eigelaar, Resort General Manager at The Belfry, said: “It has been an honour to host four major golfing tournaments at The Belfry in such a short period, and during such challenging times, further cementing our reputation as an award-winning and world-class golf venue. Our team have excelled, and we could not be prouder of their dedication and passion for delivering exceptional hospitality, service and always going above and beyond what we ask of them. We look forward to welcoming more major golf tournaments to The Belfry and to have the best in the game back on our iconic courses.” 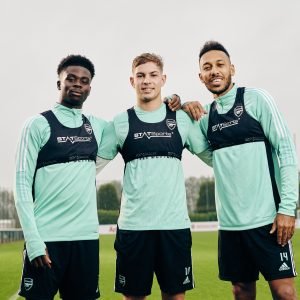