The number 21 means different things to different people – a first night out, a salute to royal visitors, summer and winter solstices or a winning hand in blackjack. To three men in the tennis world, it means another entry in the record books.

That is the fabled mark which lies tantalisingly within reach for Roger Federer, Rafael Nadal and Novak Djokovic. Nobody before them has scaled such heights, while few after they are gone will dare to dream of matching some remarkable numbers.

Another opportunity to edge one step ahead of the chasing pack is set to present itself at the 2022 Australian Open, with Melbourne Park preparing to throw open its doors once more for an annual curtain raiser.

Within tennis betting from Betfair, a familiar name heads the market. Serbian supremo Djokovic is available at 13/10, with Spanish superstar Nadal a little further down that chart at 11/1. There are, however, serious doubts hanging over both.

Questions are being asked of presence and fitness in tennis tips today, while Swiss maestro Federer has already ruled himself out of the reckoning as he continues his recovery from multiple knee surgeries.

While immortality beckons for three modern-day greats, one is definitely not heading Down Under, another may be left watching on from afar and a third has not graced a Grand Slam event since suffering a semi-final defeat at the French Open in June.

It may be that history is put on hold until tennis’ travelling circus returns to Paris in 2022.

In many ways it would be fitting if a tussle for top spot on a notable chart takes a breather. Reaching 21 major titles will be a stunning achievement and deserves to be achieved on a level playing field.

A global audience has been captivated by the efforts of Federer, Nadal and Djokovic down the years and will want a fair fight in a bid to become the outright number one. If all three are not present in any given draw, then odds become unfairly weighted.

Taking into account the relentless drive and dogged determination of the trio involved in a titanic tussle, you get a sense that none of them would want to pull clear at the front without two eternal rivals jostling them for position.

With there a distinct possibility that certain doors will be slammed shut in Australia, others are about to swing open. For those who have found themselves on the outside of a sporting triopoly, an unexpected shot at silverware may be about to present itself.

Only one man not named Roger or Novak has claimed the Norman Banks Challenge Cup since 2010 – with Stan Wawrinka prevailing in 2014 – while you have to turn the clock back to Marat Safin’s success in 2005 when Rafa’s moniker is added to the list.

A place in professional tennis folklore is there for somebody to snap up. The name put up in lights may not be one that many expected, with the race to 21 being extended a little further, but 22 will have a nice ring to it for someone.

Boobydoo announce a partnership with the Girls Sports Club

Luxury gyms in Covent Garden and The City 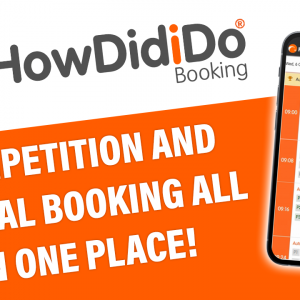