Egan Bernal is back on his bike after a nasty accident: “Everything is going well”

Colombian cyclist Egan Bernal (Ineos Grenadiers), who suffered a serious accident late last January near Bogotá while training for the Tour de France, is back on the road doing what he does best as shown by a video published by fellow cyclist Camilo Castiblanco.

“The happiest day of my life. After two months and 20 broken bones, here I am, and with too many “ganas”. See you on the road, “muchachos,” wrote the cyclist on his social networks. Bernal’s return to the road comes after the rider missed most of the pre-season and preparation for the summer Grand Tours. Last November, before the crash, Bernal had reiterated that in 2022 all his efforts would be aimed at winning the Tour de France, a competition which he already won back in 2019. In fact, initially, cycling betting markets priced him as one of the top 5 contenders to win the race.

However, following Bernal’s expected absence from the competition, enthusiasts seeking to bet on cycling will find that the likes of Jonas Vingegaard, Primož Roglič, and Richard Carapaz are now some of the main contenders. Leading the betting odds is Tadej Pogačar, the two-time winner of the French Tour, who could become the 6th rider in history to win the Tour for three years in a row.

This horror crash came just a few months after Bernal had been crowned winner of the 2021 Giro d’Italia in his first time taking part in the competition and in what was one of the best moments of Bernal’s career. While the Columbian rider is back on his bike it is still hard to predict the real impact of such injuries on the future of his career.

On January 24, the 25-year-old Colombian collided at high speed with a bus while training with other colleagues from team INEOS in Northern Cundinamarca, on the outskirts of Bogotá. Egan suffered multiple fractures, in addition to perforation of both lungs, which required him to undergo several surgeries. Overall, Bernal broke 20 bones, out of which 11 were ribs. In an Instagram post soon after the accident, he also detailed he had broken his femur, rotula, the T5-T6 vertebrae, metacarpal bones, a thumb, and even lost a tooth.

Soon after this dramatic incident, the 2019 Tour de France winner also took to social media to report the grim prognosis he had been handed when he first arrived at the hospital. Since then, the cyclist has made a steady and fast recovery, with doctors saying that none of the injuries seems to have left long-term damage.

In the face of a serious accident, the world of cycling united to wish the Columbian a fast recovery, with cyclists such as Alejandro Valverde, Tadej Pogačar, Peter Sagan, Chris Froome, as well as Nairo Quintana, and Rigoberto Urán using social media to wish Bernal a speedy recovery.
For now, it seems the Columbian is on the right path to getting back to competition soon, but it is still early to say when will Bernal return in full force.

Photo by Martin Magnemyr on Unsplash 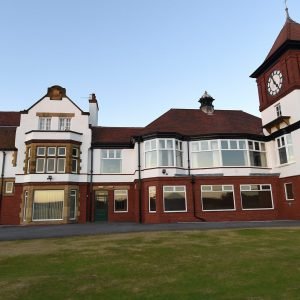