The tournament is being extended to include the much-loved ATP Champions Tour UK round that was previously Champions Tennis at The Royal Albert Hall, with Citi Taste of Tennis Legends Weekend tickets available to the public for the first time.

To kick off the Legends Weekend, Casper Ruud will face Carlos Alcaraz for the first time since the two young stars played each other in the Miami Open final in April 2022, where Alcaraz became the youngest man ever to win the Miami Open, defeating Ruud 7-5 6-4 in the final.

Citi Taste of Tennis tickets for Legends Weekend on Saturday 25 and Sunday 26 June start from £155. The tickets include free-flowing Whispering Angel rosé and a variety of other wines, beers and soft drinks in the Whispering Angel Garden. The themed bar will be located courtside, offering a unique area to relax before settling in to watch legends battle it out on the court. Tickets are available to purchase here: https://www.seetickets.com/tour/the-giorgio-armani-tennis-classic

Paul McCann, VP, Tennis Events at IMG, said: “We’re thrilled to have Djokovic and Nadal, two of the best tennis players in the world, compete in the Giorgio Armani Tennis Classic at the Hurlingham Club. The event is one of London’s most exclusive and intimate sporting events of the summer and with weekend tickets available for the public for the first time this year, it’s a fabulous opportunity for fans to watch their favourite stars compete.”

Teams for the ATP Champions Tour Round

Some of the sport’s best players have competed at The Hurlingham Club over the tournament’s 26-year history, including Grand Slam champions Andy Murray, Pete Sampras, Goran Ivanisevic and Mark Philippoussis. Previous players share over 250 Grand Slam titles combined and boast over 1,500 weeks as world number 1 between them. 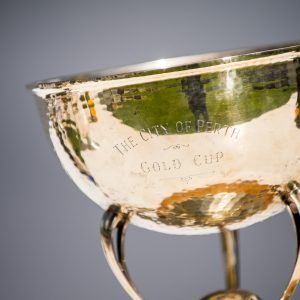